The new Addvalue Wideye iSavi is the first in the new class of IsatHub satellite internet Wi-Fi hotspot that let you connect to your smartphones, tablets, & laptops by means of an application from your device. This new revolutionary device has 3G speeds that let you globally browse the internet, send email, pictures, SMS, and make calls all from the use of your smartphone, tablet device, or laptop. This new class of the Inmarsat IsatHub series is a benchmark in worldwide satellite communication technology. The IsatHub Wideye iSavi terminal was developed by Inmarsat’s manufacturing partner AddValue.

Where Can You Use the Wideye iSavi Wi-Fi Hotspot

With the Isathub airtime service you will be able to use your smart phone, or tablet, and all your applications as if you truly never left home wherever you may be in the world (excluding the N. & S. Poles). The Wideye iSavi IsatHub device delivers personal connectivity for your smart devices, completely independent of cellular, and fixed networks.

These days we all depend on our smart devices for work, pleasure, and keeping in touch with friends and family. The new Inmarsat IsatHub service and iSavi device now enables you to never miss a thing in situations such as, while you’re out of the country, or 100 miles offshore. This new ISatHub service represents a significant change in your own personal connectivity, worldwide.

The Wideye iSavi Speed is around 384 kbps up to a range of 100 feet away from the IsatHub iSavi terminal. The Wideye iSavi can give people the technology to communicate at high speeds in remotes areas. Clientele such as journalists, news reporters, everyday business travelers, military, volunteer doctors, and disaster aftermath relief teams that depend on such services to globalize the world.

The iSavi terminal can share the same connection with up to 10 people.

What you can do with the Wideye iSavi

The possibilities will now start to be endless. Photographer’s shooting in remote areas for companies like national geographic, or freelance reporters will be able to send their material from anywhere or moment. You will be able to edit your photos on the go through your smart device apps, journalists will be able to connect their memory cards from their professional cameras to their iPads, or android tablets via a camera connection kit, and upload their photos to their cloud accounts to edit them later. Filming crews already have devices that let them connect an iPad as part of their video cameras through its Wi-Fi, which will allow them to upload daily work, proofs, concepts, and so many other possibilities which will now be at reach with the IsatHub services and devices.

BGAN, and Fleet Broadband terminals will of course still be used for the heavier higher speed needs, but the IsatHub devices & services will finally give those a more portable, affordable satellite internet Wi-Fi hotspot device that cannot just keep you connected, but keep the world informed on everyday events through video, and images.

One of the wonderful features of the new Inmarsat IsatHub service, and devices is that the airtime rates, and service plans are roughly half the cost per megabyte of use, compared to Inmarsat’s BGAN counterpart services.

However, with the New Release of the iSavi R01.1.0 Firmware Upgrade, gives Wideye’s iSavi the ability to Use BGAN Prepaid Cards. The benefits of using BGAN prepaid Card is that you will have the Megabytes units you purchase available for 2 years without signing any monthly contract.

Key Features of the Wideye iSavi

Simple and Easy to Use

After completing these simple steps, multiple smart devices can seamlessly share a real-time IP broadband connection at speeds up to 384kbps. So you will be able to browse the internet, and generally act like it’s another day at      the office, worldwide in remote areas

Compact and portable. The IsatHub iSavi is a smaller than an iPad tablet, you can place it wherever you want with IP65 rating and 30 meter/ 100 feet Wi-Fi range.  Stay connected where there are no cellular connections, without having to carry a large device or modem.

Reliable Network Connection: Coverage is over the global Inmarsat-4 satellite network. Except the extreme polar regions 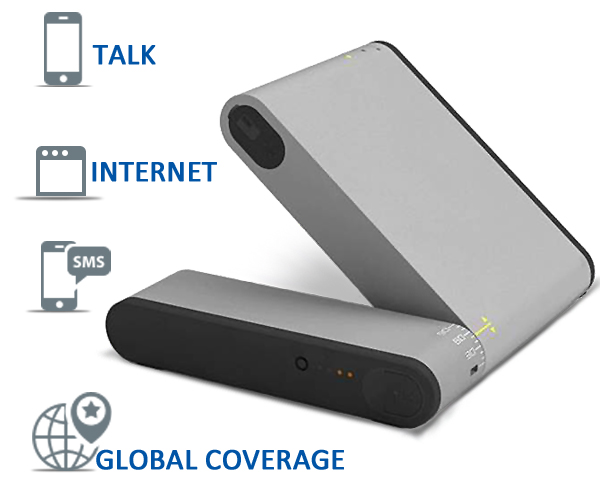 The IsatHub Wideye iSavi device is great for the following industries: 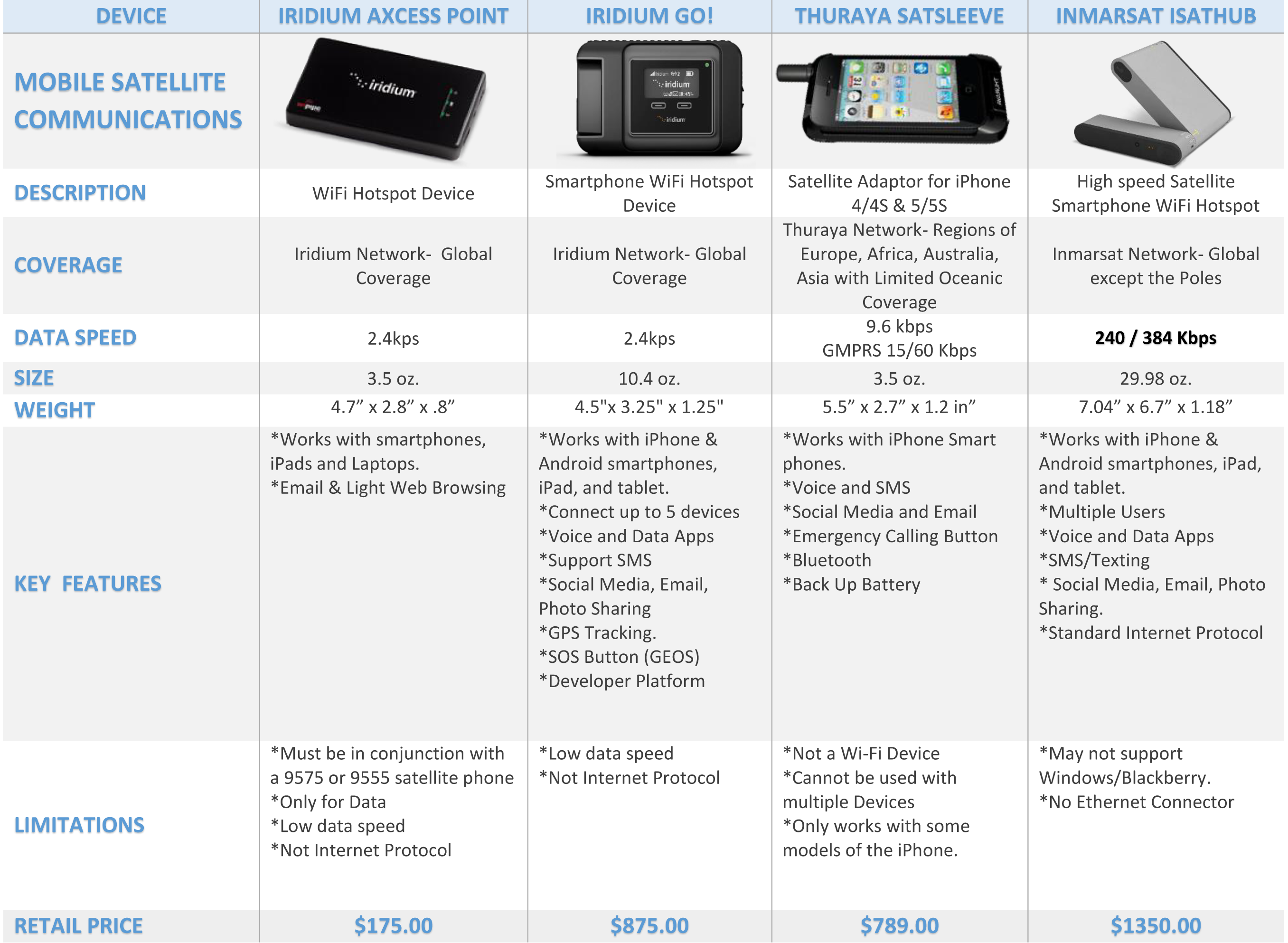 The Inmarsat network is also a global system and consists of 3 Geosynchronous (Stationary, or Fixed in one position) satellites set on the equator thousands of miles above the earth. Because of the fact that the satellites are GEO, or fixed satellites, which means that they do not move from their set position, whereas LEO satellites are constantly moving. This makes it so that the equipment needs to be pointed directly at the satellite to register on the network.