Thuraya SatSleeve is the smartest, fastest and simplest way to use your Android Galaxy S4, S5, & S3 phone as a satellite smartphone and have access to phone calls, emails, instant messages and popular social media apps in satellite mode, across 140 countries in Africa, Europe, Middle East, Russia, Central Asia, and parts of China.

The Thuraya Satsleeve will not work in the United States or The Americas. Please see coverage map below. 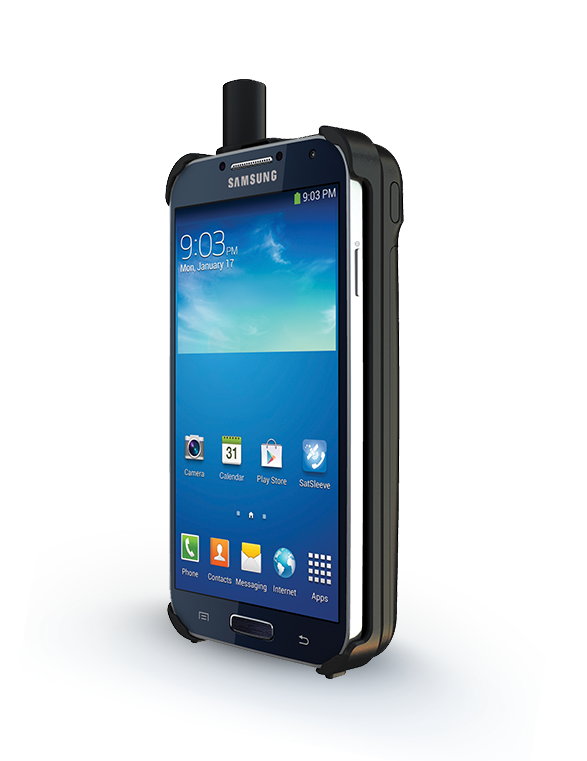 Email on the go
Access emails in satellite mode, no matter where you are.

Take your favorite Social Apps Anywhere
Enjoy using applications such as Facebook, Twitter, WhatsApp and many more, so you can chat and update your profile in places with no terrestrial network reach.

Compatibility with the iPhone
The SatSleeve Application is available as a free download from the Apple App Store.

User- Friendly
Simply dock your iPhone into the SatSleeve to enjoy satellite connectivity. Available in 12 languages, the user-friendly SatSleeve App allows you to easily integrate your iPhone address book for satellite calls and messages.

Emergency Call Button
Thuraya SatSleeve comes equipped with an Emergency Call button, allowing you to make an emergency phone call to one predefined number even without your iPhone docked.

-Download the SatSleeve application from the Apple App Store
-Dock your iPhone into the SatSleeve
-Enjoy calls, messages, emails, and access your favorite Apps in satellite mode

Box Contents for the Thruraya SatSleeve

The Thuraya systems coverage is largely over Africa and parts of the Middle-East and Asia. This system however is a moving ahead rapidly. Their line of satellite phone are more advanced than other competitors. So if you live in this any of these regions then this might be a wonderful choice for you.