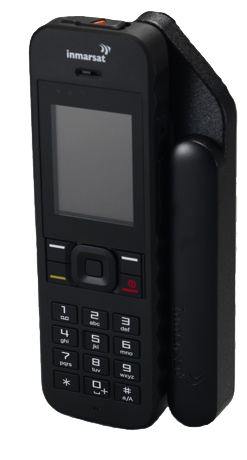 New Features of the Isatphone 2 by Inmarsat

Inmarsat released its first ever satellite phone to directly compete in the market of the satellite phone voice communication industry over a couple years ago. Back then the isatphone pro gave people that either could not afford, or did not need a more than double the cost iridium satellite phone. They broke ground then with things like bluetooth connectivity, and GPS integration. There phone also gave all the old globalstar customers that at the time could not really even use their sat phones due to the globalstar's failing system a new affordable quality satellite phone to switch to.

Well now Inmarsat has come out with the IsatPhone 2. The price difference although is higher than its previous model, it comes with many more features, and a toughness rating and appearance that is sure to make you feel as though you truly have a satellite phone in your hand

Inmarsat has been around more years than iridium, which is well over 15 years. The thing with inmarsat is they have developed a satellite network that focuses more on satellite broadband connectivity, whether at sea, land, or in a vehicle, and their systems are used by almost every boater, news reporter, adventurist, or storm chaser out there. So developing a satellite phone was a brand new thing for them. There 4 satellite constellation system hovers over 20,000 miles above the earth and are fixed in one position, unlike iridium 's 66 low earth orbiting constellation that is always moving. So its best to say that there are advantages to both systems, however inmarsat's system has been leading the industry in extremely advanced technology systems for much longer.

their new sat phone stands smaller than the first at a bit over 6.5', and the antenna is stowed on the side of the phone a bit differently than the first. The reason for this is because they have developed the first satellite phone that can have its antenna stowed, and still alert you of an incoming call, unlike any other satellite phone on the market. So if you out at sea or backpacking through the desert, this feature comes in handy since you really cant have your sat phone on with the antenna extended all the time

The other new feature is that it now has a tracking and SOS emergency button feature that allows for emergency response, which is good because this is becoming the norm.

The other cool thing is the gorilla glass screen which is also extremely tough, and if your an iphone lover than you know that their phones are also stocked with gorilla glass

The screen that now comes with it makes it easy to see in both day and night almost like the Kindle. It also has a menu style that will be very familiar if you have been using cell phones for many years, which makes it easily adaptible

I have to say that I love the new Black lok of the sat phone, and it makes it look even tougher, and a great show off peice to your other boater friends, of whatever it is that your doing with it

Most of the other features are pretty standard to sat phones these days, such as the new rugged exterior, and IP rating of at least 65. This means that it can withstand dust, water, wind, shock and more

You can also do thing such as update your twitter and other social media sites, or blogs with the phone .

The types of people that I would say that will be using this the most, especially since iridium is due to release their new Iridium GO satellite smartphone wifi hotspot in June or so, is going to be the boaters the most. The disadvantages to the inmarsat network is that you have to line the antenna up wth the satellite closets to you, and of course it does not work very well or at all too far north or south, which makes iridium a popular choice for many world travelers and ones that absolutely need to have global coverage and a more out of the box solution. However Inmarsat's leading technology through their satellites and broadband service will always be their stronghold.